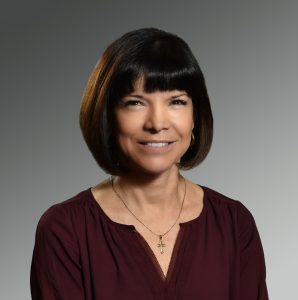 Valerie Martinez-Ebers is a University Distinguished Research Professor of Political Science and Director of the Latino and Mexican American Studies Program at the University of North Texas. She is a former Vice-President of the American Political Science Association and a former President of the Western Political Science Association. From 2012-2016, she served as Editor of the American Political Science Review, the flagship journal in political science. Dr. Martinez-Ebers has published widely on education policy, Latino/a politics, women in politics, and methods of survey research in outlets and is the only woman of color to have published in all the top journals of her discipline. She is co-author of Politicas: Latina Public Officials in Texas (2008); Latino Lives in America: Making it Home (2010); Latinos in the New Millennium: an Almanac of Opinion, Behavior and Policy Preferences (2012) and Only Human: Government, Groups, and the Struggle for Racial Harmony in American Cities (2019). She also edited Perspectives on Race, Ethnicity and Religion: Identity Politics in America (2009), an anthology that examines the history, current issues and dynamics of minority groups in the United States. She was co-principal investigator for the Latino National Survey, an 8,643-respondent, state-stratified survey funded by the Ford, Carnegie, Russell Sage, Hewlett, Joyce, and National Science Foundations.