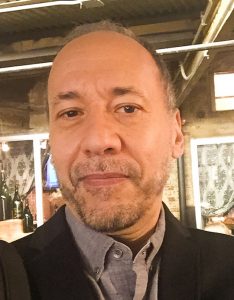 Ed Morales is an author and journalist who has written for The Nation, The New York Times, The Washington Post, Rolling Stone, and the Guardian. He was staff writer at The Village Voice and columnist at Newsday. He is the author of Latinx: The New Force in Politics and Culture (Verso Books 2018), and Living in Spanglish (St. Martins 2002). Morales wrote and directed Whose Barrio? (2009) an award-winning documentary about the gentrification of East Harlem. The film was inspired by “Spanish Harlem on His Mind,” an essay published in The Best of the City Section of the New York Times (NYU Press 2005). His book Fantasy Island: Colonialism, Exploitation, and the Betrayal of Puerto Rico will be published by Bold Type Press in September 2019. Morales is a lecturer at Columbia University’s Center for the Study of Ethnicity and Race and the CUNY Graduate School of Journalism.