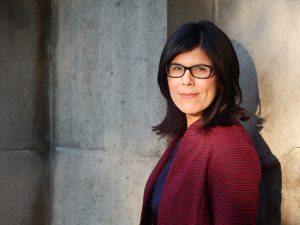 Professor Molina’s work lies at the intersections of race, gender, culture, and citizenship. Professor Molina is the author of two award winning books. Her first book, Fit to be Citizens? Public Health and Race in Los Angeles, 1879-1939, explored the ways in which race is constructed relationally and regionally. In that work, which garnered a book prize from the PCB-American Historical Association, she argues that race must be understood comparatively in order to see how the laws, practices, and attitudes directed at one racial group affected others. Her second book, How Race Is Made in America: Immigration, Citizenship, and the Historical Power of Racial Scripts, examines Mexican immigration–from 1924 when immigration acts drastically reduced immigration to the U.S. to 1965 when many quotas were abolished–to understand how broad themes of race and citizenship are constructed. Through the use of a relational lens, How Race Is Made in America demonstrates that racial scripts are easily adopted and adapted to apply to different racial groups. She extends her work on racial scripts in her co-edited volume, Relational Formations of Race: Theory, Method, and Practice. With the support of a National Endowment for the Humanities, she is expanding her award-winning article, “The Importance of Place and Place-makers in the Life of a Los Angeles Community: What Gentrification Erases from Echo Park” into a book. Professor Molina’s work has been supported by various organizations including the Ford, Mellon, and Rockefeller Foundation.