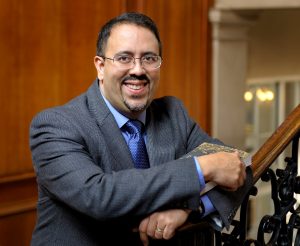 Adrian Burgos, Jr., is Professor of History at the University of Illinois, specializing in US Latino history, sport history, and urban history. He holds a PhD from University of Michigan (2000) and a BA from Vassar College (1993). He is the author of Cuban Star: How One Negro League Owner Changed the Face of Baseball (2011) and Playing America’s Game: Baseball, Latinos, and the Color Line (2007), which won the Latina/o Book Award from the Latin American Studies Association and was a Seymour Medal finalist from the Society of American Baseball Research. His scholarly writings have appeared in the Journal of American History, Journal of American Ethnic History, and Social Text, among others. His current research, “Northside/Southside: A Baseball Tale of Two Integration in Postwar Chicago,” examines the experience of integration pioneers Ernie Banks and Orestes “Minnie” Miñoso both at and away from the ballpark in postwar Chicago. The subject of a 2016 BigTenNetwork documentary Playing America’s Game, he has appeared on ESPN, MLB Network, and NPR, as well as national and local programs. He has consulted on the National Baseball Hall of Fame’s Viva Baseball exhibit, Smithsonian’s Latinos and Baseball exhibit, and on numerous documentaries, including Bernardo Ruiz’s Roberto Clemente and Ken Burns’ The Tenth Inning and Jackie Robinson He was founding editor-in-chief of La Vida Baseball, a multiplatform digital brand in partnership with the Baseball Hall of Fame that produces daily content on Latinos and baseball through a cultural lifestyle perspective.